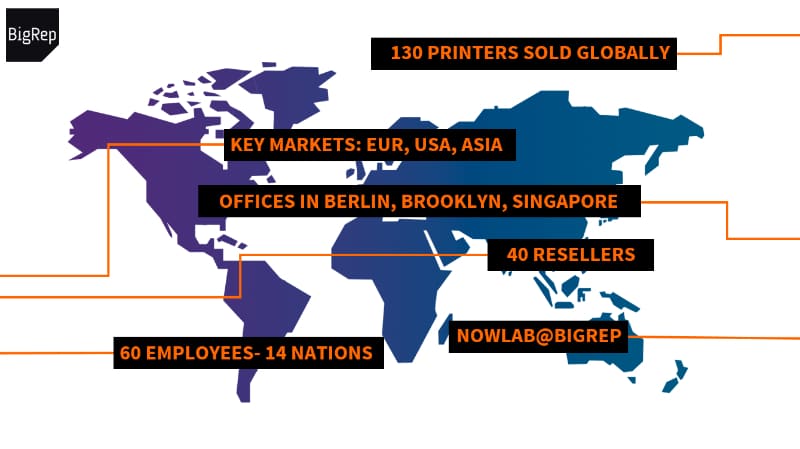 We’ve been following the development of BigRep for some time now, and at this point the company is a significant player in the 3D space.

Started only a few years ago, the idea was to build a large-format 3D printer based on technology that had, at the time, only been used within smaller desktop models.

Since then the company has gradually improved their products and just last week announced their second machine. Actually, they have a third product in a way also, as they’ve partnered with Germany-based Kühling&Kühling to rebrand their massive delta-style heat-controlled 3D printer through BigRep’s globe-spanning sales and service network.

BigRep is itself now big: they boast of around 70 staff, 40 resellers and have multiple offices: Europe, North America and Asia. This globally-spaced office configuration permits them to deploy “follow the sun” support services: there’s always someone awake to provide assistance to their customers. BigRep says they are able to provide 4-hour response time all day long now.