Eleven-O-Six Racing Team is the motorsport team at Helmut Schmidt University in Hamburg, Germany. This year, Eleven-O-Six was inspired by the possibilities offered by additive manufacturing and got into gear to see what it could bring to their high-performance car production process. 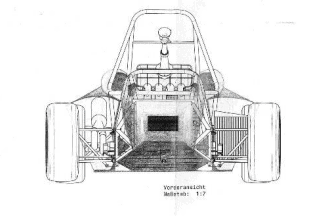 The first 3D printing project the team embarked on was fabrication of a steering wheel to fit one of their cars. A demanding geometric requirement of the part is an internal cavity able to accommodate a series of electronic control parts. Usually made from carbon fiber, the part also needs to be strong and produced as a single-piece – they found it to be a fast, low-cost production process with the BigRep ONE.

After success with the steering wheel, Eleven-O-Six raised their sights and set themselves the ambitious challenge of 3D printing the entire bodywork of one of their racing cars.
They created a digital model of the bodywork covering the metal vehicle frame, using existing concept drawings. A full model was produced on CATIA software with support from a specialist in bodywork at project partners, the MRP institute.

With the digital model in place, tweaking and prototyping amended designs became an easy process. As B. Sc. Robert Weber, Manager Bodywork for Eleven-O-Six, told us, “Designing new parts for the bodywork was very comfortable when using the BigRep ONE. I just designed a new part and one or two days later I had the printed version.”

Eleven-O-Six first produced a section of the bodywork to examine its quality and performance, arranging for Open Lab in Hamburg to print a nose cone prototype on a BigRep ONE. BigRep
PRO HT filament was chosen for its high temperature resistance. The team oriented the print so that there would be no support material on visible surfaces of the final part. 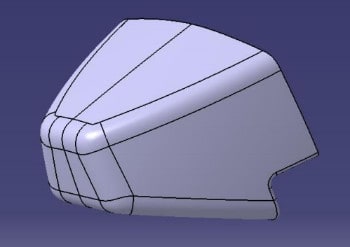 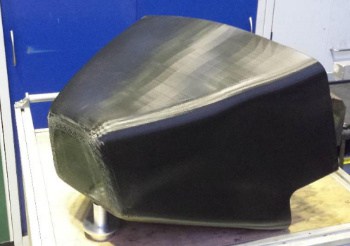 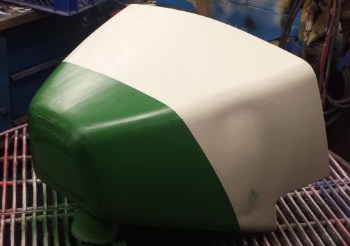 The nose cone was post-processed with the assistance of a professor of vehicle technology at the university, the final touch was a glue-on decal adding grip to one section of the nose. The part was tested after production by Arconic Fastening Systems.

Production and testing of the nose cone demonstrated that bodywork parts could be 3D printed and indicated some advantages of doing so. It also revealed certain issues with the technique. Eleven-O-Six methodically worked through these issues and pushed their additive manufacturing project through to completion: Second Team Lead for the project, Nils Thode, said, “As far as we know we have the only 3D-printed bodywork. Completely 3D printed, no moulding, nothing else.” The Eleven-O-Six team has road tested their car and we were delighted to see it zooming down the raceway, all fitted out with its 3D-printed bodywork.

Prof. Dr.-Ing Jens Wulfsberg, Chair of Production Engineering (LaFT) and leader of the project, underlines a key advantage the new production method brings: “Using the BigRep ONE is the fast solution to produce a fast car because we have short cycles for optimizing the parts. Every optimization cycle, the car is better, faster. This is one of the direct consequences of using the BigRep ONE.”