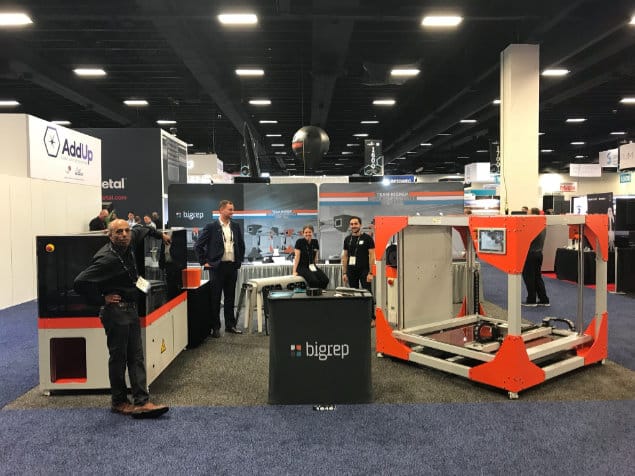 Our BigRep America team has been hard at work these past several days at the RAPID + TCT event, at the Fort Worth Convention Center in Texas. This major industry event attracted company representatives from all over the United States, particularly the southern US, as well as further afield: our team spoke to folks from throughout Latin America, Australia and Europe who were interested in large-scale 3D printing technology.

RAPID + TCT says its attendees are the biggest group of 3D technology buyers in North America – from Adidas to ZimmerBiomet, there are a huge range of manufacturing industries represented: from medical devices, jewelry, defense, automotive, consumer goods, aerospace, technology, fashion, construction, and more.

Our team knew it would be a good opportunity to connect with so many different kinds of businesses. We didn’t bank on being blown away by the sheer diversity of the customer industries that are well-versed in our large-scale additive manufacturing technology, and wanting to go bigger than the smaller-sized printers they have. 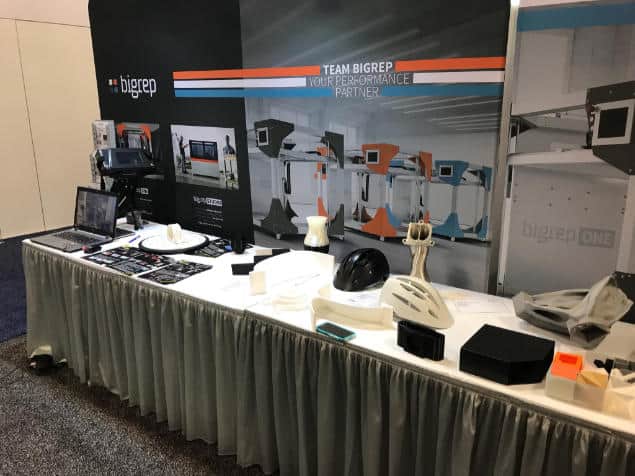 BigRep Channel Manager Ryan Hayford spoke with visitors at the booth throughout the event, from April 24-26, and said, “There continues to be a lot of interest amongst many industrial users in the aerospace and automotive sector, but connecting with several education resellers proves that there is another important market we need to explore further in the United States.”

As kids are increasingly being given the freedom to innovate in the classroom with 3D printers, there comes a time when desktop-sized machines are not enough. One Chicago-based art school approached BigRep, saying that the open-source, open-frame BigRep ONE is the kind of machine they’re looking for, so that their students can begin designing bigger.

Several visitors to the BigRep booth (stand no. 1646) from the aerospace industry, were in conversation with our team about their need to print custom, one-off pieces for fixtures and tooling, jigs, and other custom objects that enhance their competitive advantage. 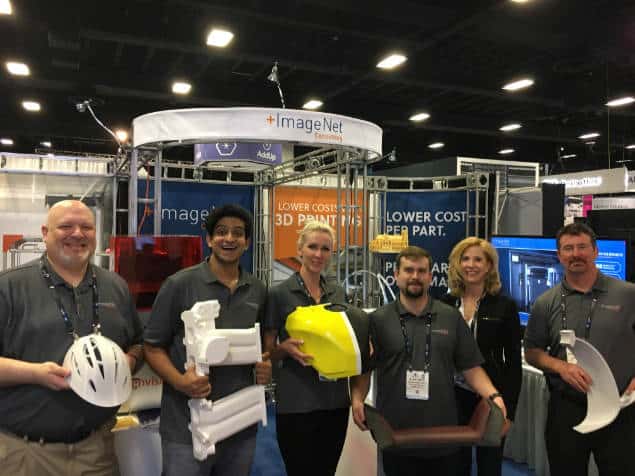 It wasn’t only fresh faces we saw at RAPID + TCT, but also the partners, customers and industry contacts that BigRep knows well. Our customer Steelcase came by the booth to say hi, as did My Central Coop – in fact, they drove there overnight in their Tesla 3 to come to the event and drop by the booth. Our valued resellers Saratech, DesignBox3D and ImageNet were also regular visitors, bringing prospective customers by to see the ONE and STUDIO 3D printers in-situ.

Events like RAPID + TCT are also usually great for us to meet resellers across the country who are interested to add BigRep printers to their portfolios. We spoke to many who are wanting to diversify their product portfolio and feel their clients can benefit greatly from utilizing BigRep’s capabilities. 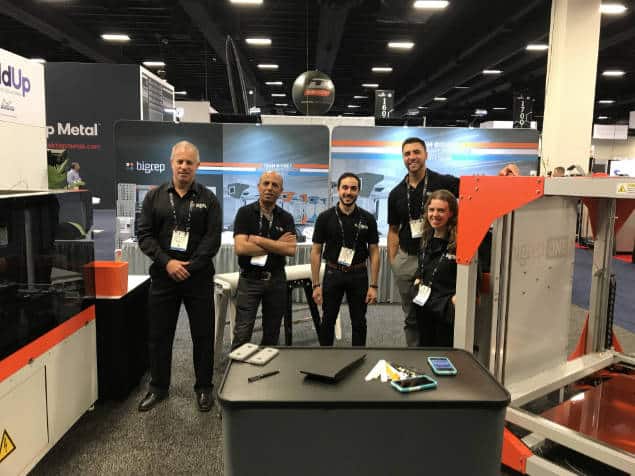 Our team was pleased to showcase the BigRep range of materials, especially the brand new Pro FLEX filament, for which there were several flexible samples: “There was a lot of excitement about the TPU, specifically seeing the wheels turning in people’s heads about what they could do with seals, gaskets and the like,” said Hayford. “People were telling us they aren’t necessarily thinking about what they’re going to use it for tomorrow – they’re thinking about the future, they’ve all got their five-year plans.”

After all the networking and meetings the past couple of weeks – with AMUG and RAPID + TCT trade shows, among others – it has been a busy, yet very fruitful, event time for us! A particular thanks goes out to our hardworking team, including Amnon Hamami and Margaret Hewitt who were operating the machines, answering technical questions and setting up the booth. The fun doesn’t stop now though, as we gear up for the next events, which are just around the corner… Maybe we’re coming to one near you!