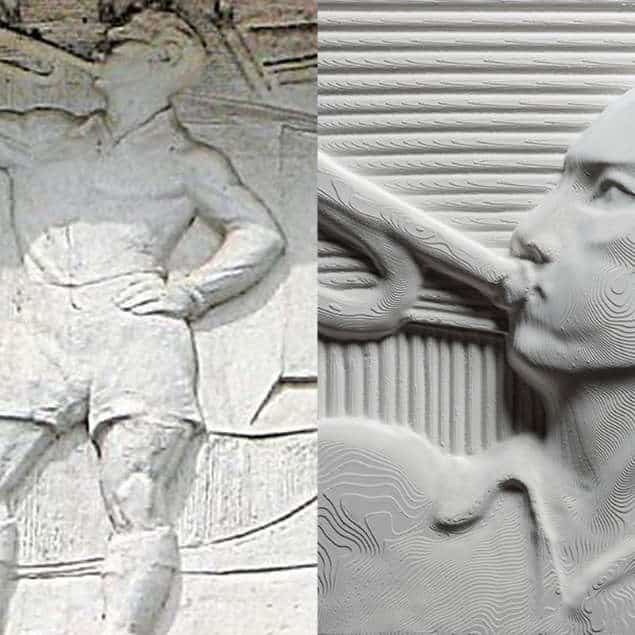 In 1930 he created a massive bas-relief sculpture in a typical soviet-style for the Dynamo football stadium in Moscow.

Due to climate and outside display, over time the condition of the sculpture deteriorated.

The remainder of the sculpture is planned to be moved to the new Dynamo stadium which is currently under construction (for the World Cup 2018 in Russia).
However, moving the bas-relief is a hazardous task and possible damage cannot be excluded.

Thanks to the additive manufacturing technology, our customer Krost (via Terem our Russian reseller), one of the most prominent Russian developers and construction companies, was able to replicate a 100 x 70 x 27 cm section of the Merkurov monument. Printed with premium PLA 2,85 mm, on the BigRep ONE.2. We are proud at BigRep to participate to the celebration and preservation of Russian cultural heritage.