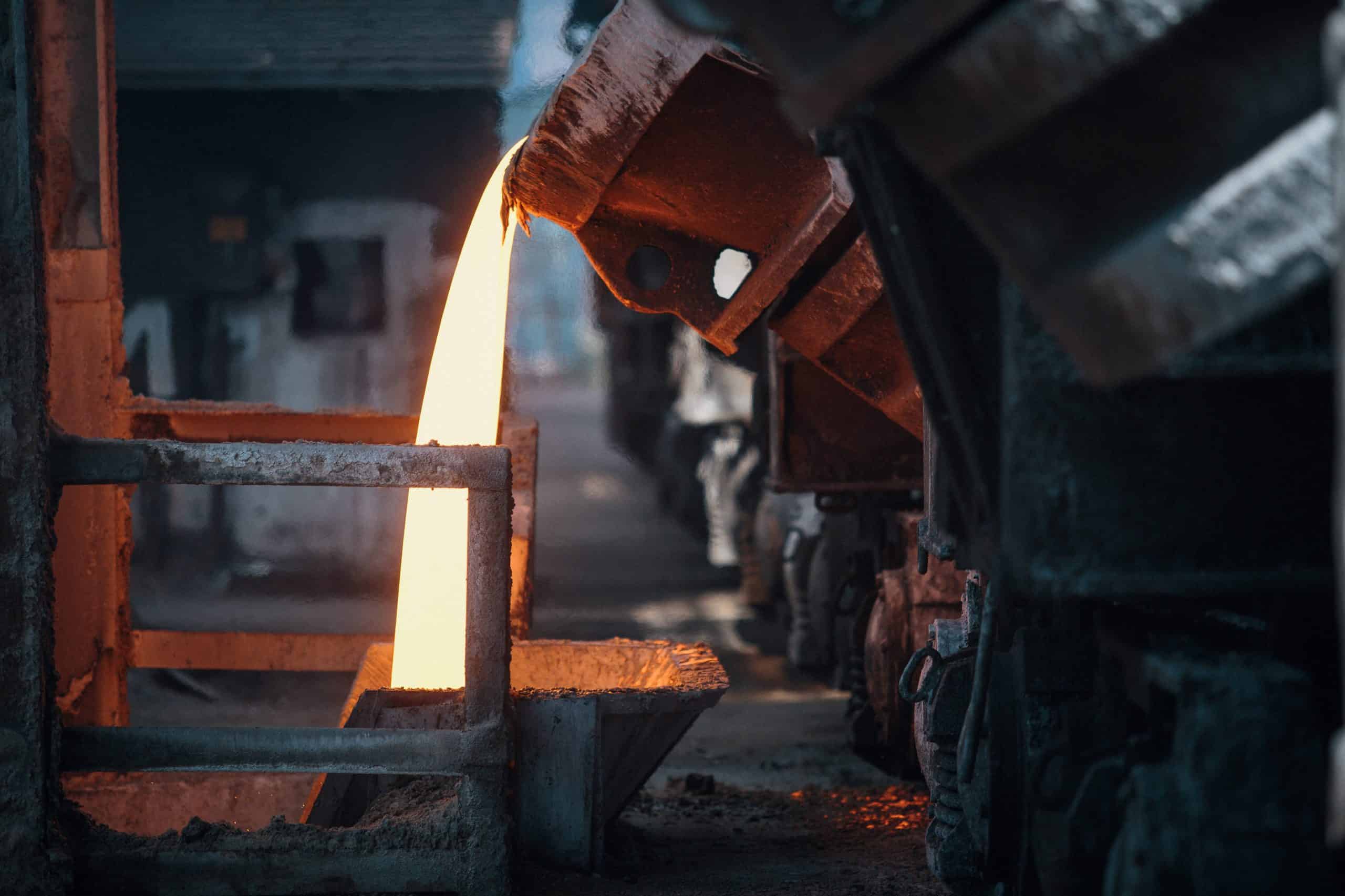 Making patterns for metal casting used to be a labor intensive and long process. But with a large 3D printer, you can do this at the push of a button. This way, Metso Outotec saves up to 70% costs.

The Old and the New

When one speaks about foundries, most people will think of glowing furnaces and smoke-filled, sooty workshops. And even if this image is still valid, metal casting consists of many more and complex steps besides the final casting process. In order to optimize and simplify these processes and to cut costs at the same time companies like Metso Outotec are starting to implement 3D printing.

Metso Outotec is a global supplier of equipment and solutions for mineral processing and metal refining industries. Parts for the product portfolio are cast in five foundries that belong to the company. In two plants, 3D printers by BigRep are used mainly to produce casting molds and core boxes. The foundry in the Czech Republic purchased a BigRep ONE a few years ago, and in Brazil a BigRep PRO has been operating since February 2021. At the Brazil location, Patricia Moraes, who has been with the company since 2004, is in charge of implementing and optimizing their 3D printing process. 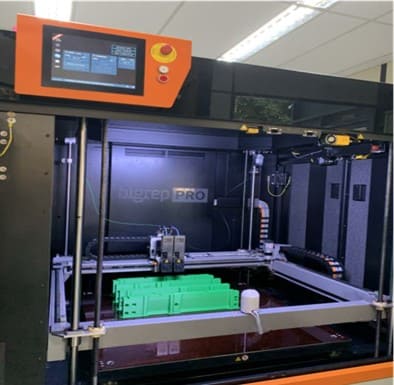 Before their BigRep 3D printers were installed, the molds and other parts were made purely of wood. The blanks were assembled from single wooden blocks and the desired shape was created by a CNC milling process. Not only did this require sourcing, storage, and handling of large and heavy pieces of wood, but the machines had to be programmed by specifically trained and skilled personnel. This process also requires a lot of time, as the blanks are mostly glued together and cannot be processed before the glue has cured. Patricia Moraes said, “It all takes so long, because we have to wait until the glue has dried.”

As their manufacturing process transitioned, many parts, like core boxes in various sizes, loose parts, and tools for the core shooting machines are now 3D printed on BigRep’s 3D printers. Metso Outotec prints specifically designed add-on parts that can be attached to simple base bodies, allowing for increased flexibility when it comes to creating a large variety of casting molds. At this stage, the interaction of CNC machining and 3D printing plays an important role. Large base bodies are still milled and are then complemented by 3D printed loose parts, while smaller parts are mostly printed completely. 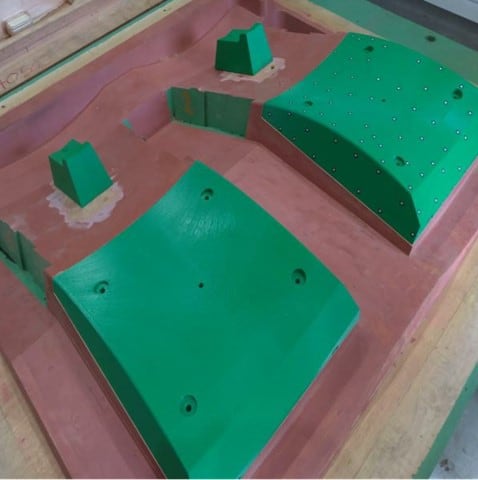 According to Patricia Moraes, one of the most important advantages of the new method - the much faster production process - is quite obvious: “You can say, the printer works in three shifts. I start the print today, and I have the part tomorrow.” Not only does this speed up production, it also allows for much shorter iteration cycles. Alterations to the casting molds and core boxes can be done on short notice, and desired changes can be implemented much more easily. 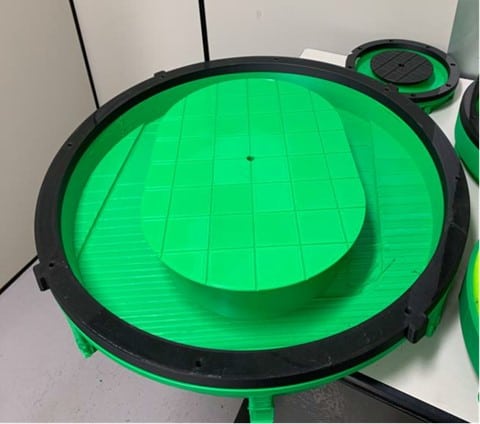 Another key benefit of using additive manufacturing is the parts are lighter and much easier to handle. Purchase and storage of the raw material is drastically simplified, as it is no longer necessary to buy large quantities of wood. Metso Outotec also makes use of the possibility to operate with different materials on the same printer. Surfaces that are subjected to higher stresses during operation are printed with material showing a better resistance against wear, for example, BigRep Pro-HT, while structures below are made of cost-saving PLA. By using the settings and adjustments provided by BigRep’s own slicing software, BLADE, the inner structure of the object can be influenced by changing the amount of infill printed in certain areas.  Load-carrying structures can be printed in a more solid manner, while in other places material and therefore weight can be saved.

After printing more than 70 parts on the new BigRep PRO, Patricia Moraes draws an overwhelmingly positive conclusion. “The ramp-up was very short. After only three months we have achieved a machine efficiency of 80%.” Findings from this learning phase were quickly turned into further process optimizations. It turned out that even when using larger nozzles and an increased layer thickness, a high surface quality could be achieved, generating parts that could be used right away with almost no postprocessing. So, time-to-part was halved, and the number of printed parts was doubled. In comparison to the previous, traditional process, Metso Outotec’s evaluations after seven months show cost reductions between 55% and 70%, depending on the part. 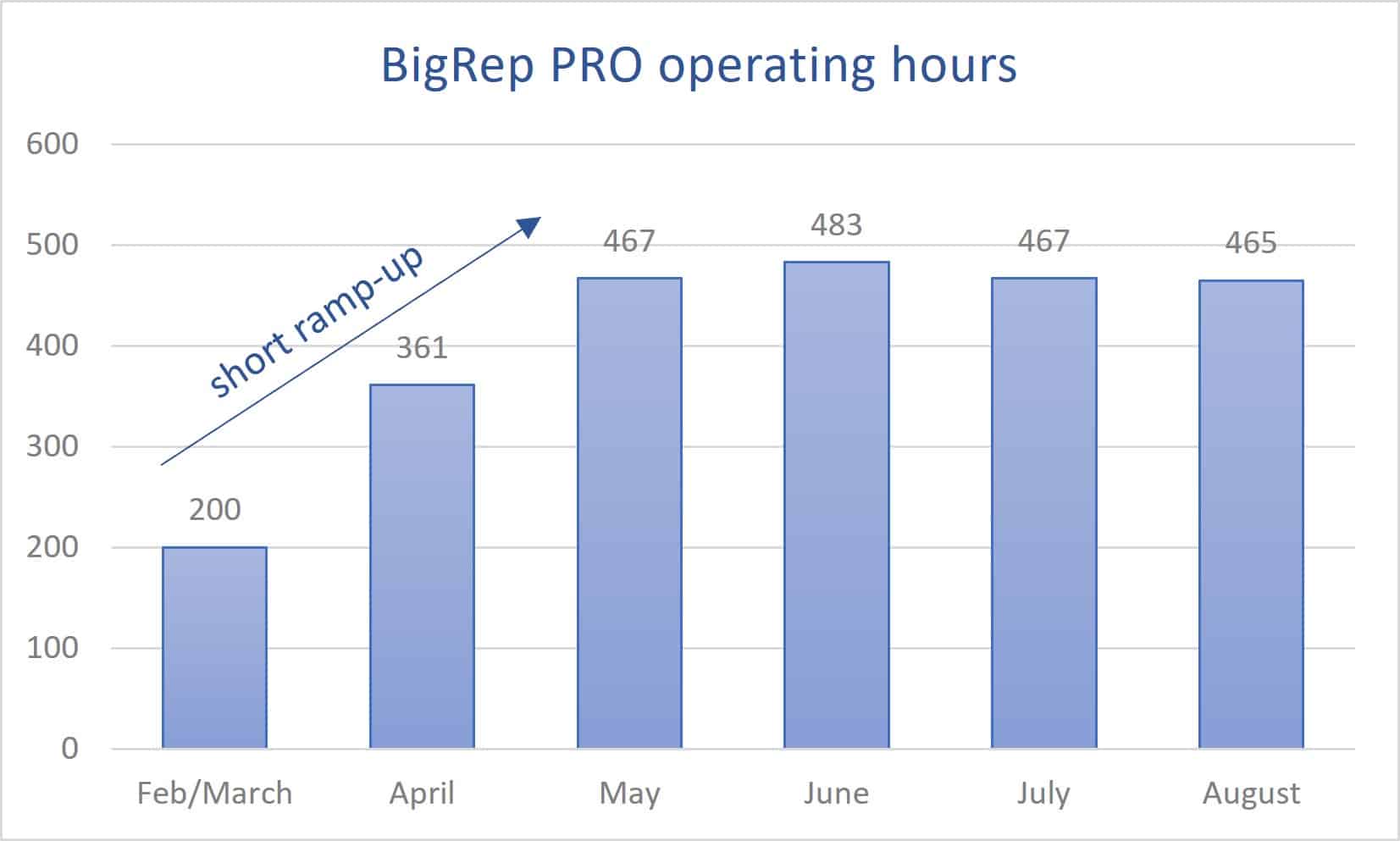 The positive experience of using BigRep’s printers in production has also sparked the creativity of Metso Outotec’s employees. When asked if they were planning to use the printers for other purposes as well, Patricia Moraes replies: “We see many opportunities here, like jigs and fixtures, but also spare parts. Especially for older equipment often one must import spare parts. Because of the good accuracy and the suitable materials, there are many possibilities for us here.”

At Metso Outotec, everyone is pleased with the implementation of 3D printing into their manufacturing process. Here the large variety of materials offered by BigRep plays a significant role, but most importantly the helpful   support from BigRep’s employees enabled Patricia Moraes to successfully implement this modernization project: “With BigRep, we have a very good partnership!”

Watch the webinar now!
JOIN OUR NEWSLETTER
Subscribe to our newsletter for useful tips, news and resources around industrial 3D printing.