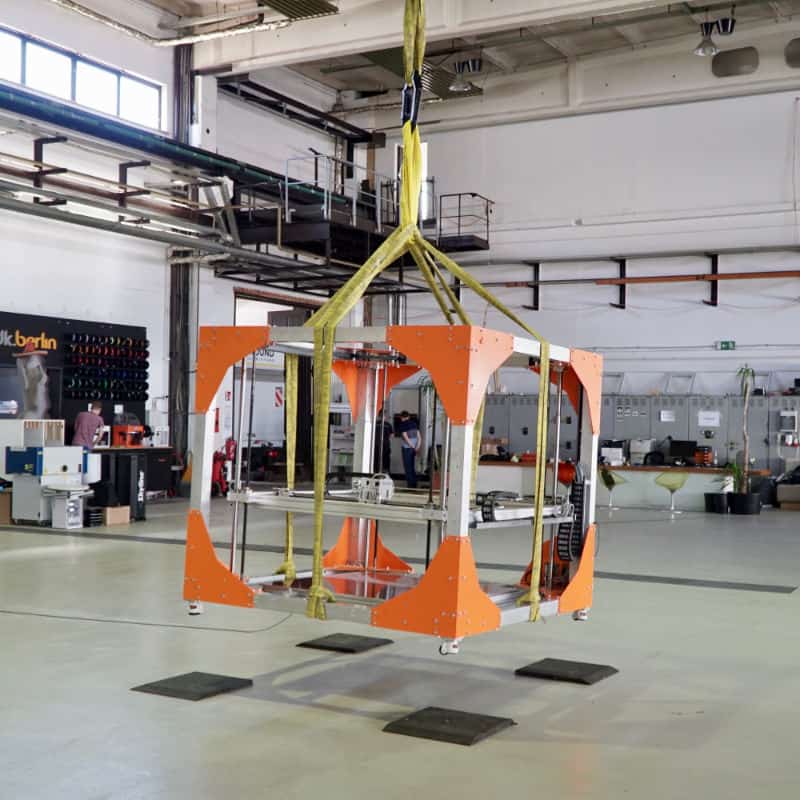 Michel David, Special Projects Manager at BigRep, had printed a few carabiners at home with his family on their small desktop 3D printer. They’re useful, he said, for hanging things, or for clipping a bicycle helmet to a backpack.

He then wanted to try and 3D print a super-sized carabiner and see if it is strong enough to lift very heavy objects. With the BigRep ONE having a 1m3 volume build, the challenge wasn’t going to be printing the large carabiner – rather, it would testing the strength of BigRep’s filaments!

“I started printing carabiners in large size, to see how strong they are,” said David. “We were testing holding heavy things with it, then Johann suggested we try lifting one of our own BigRep ONE printers.”

We Lifted Our Huge 500 kg 3D Printer With BigRep PLA

So, a plan was hatched. One of the older BigRep ONE machines, which BigRep was gifting to a university, would be the load borne by one of the carabiners. David and the team calculated that a certain thickness of BigRep PLA would be able to lift up to 1000 kg off the ground.

The team bought the 3D model design from ddf3d.com and they customized it for BigRep’s use. It was printed in eight hours, using 25% infill and a wall thickness of 6 mm.

BigRep connected with a prototyping space in Berlin-Kreuzberg called MotionLab, which had the room and giant crane necessary to complete the feat.

The aim was to lift it 15 cm or so, in safe conditions with padding beneath each corner of the printer, so as to cushion a possible, yet unlikely, fall. All BigRep and MotionLab staff involved were standing by, all kitted out with helmets.

Then, the grand finale. Drumroll, please… 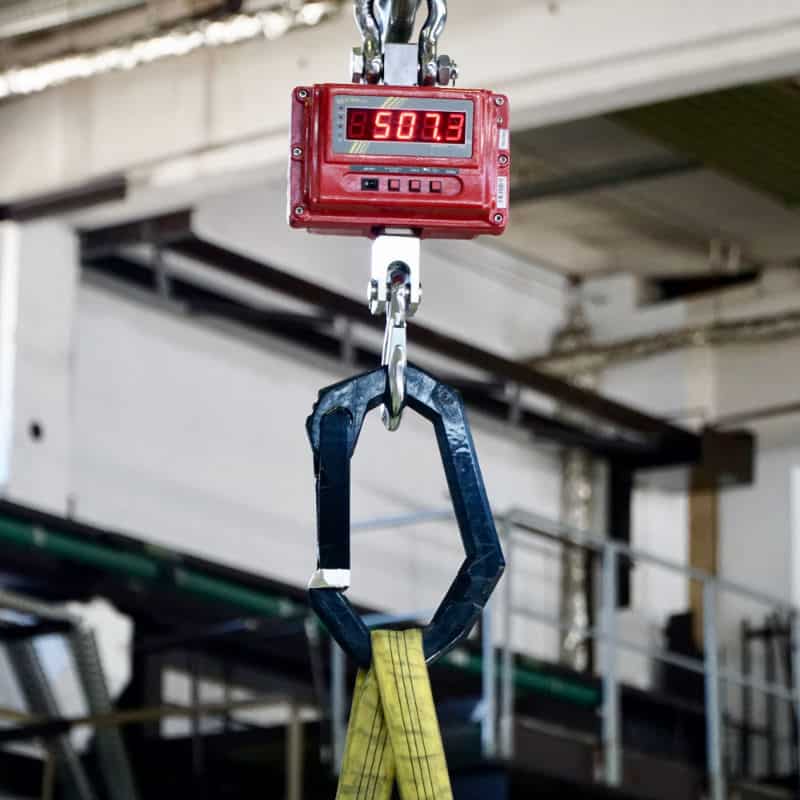 The BigRep PLA carabiner lifted the 332.9 kg machine, then the team added more weight to the printer to make it 507 kg and it held, comfortably. As David had predicted, the BigRep PLA stayed strong and did the BigRep team proud. We highly recommend watching the video of the lift for the full effect.

Thanks again to all those involved, especially to MotionLab for the use of their facility and equipment!

Check out our BigRep PLA Filament